PPC Campaign Strategy Although SEO is one of the most important marketing tools for businesses, big companies tend to rank higher for a wide range of keywords. Search engines hardly feature small brands on the first search result page. This could be perceived as a... How To Make Best Use Of Social Media For Business

How To Make Best Use Of Social Media For Business If your business is not active in social media, you are loosing tons of potential leads, and revenue. Any good marketing strategy is a collaborative effort between a client and the marketing professionals they hire to...

Chatbots Weekly: Are chatbots a danger to our democracy? 🙄Customer Service 📊 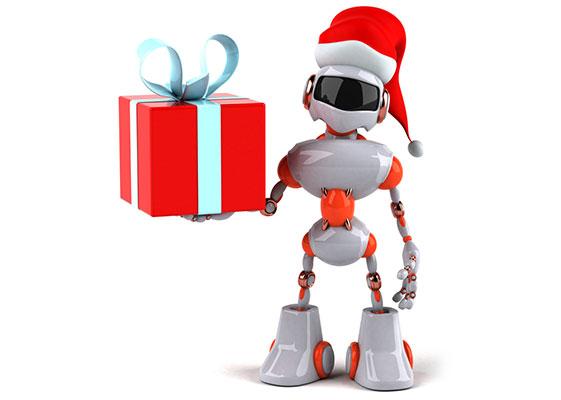 The countdown is on for Holiday purchases and businesses across the globe are making a push to sell sell sell. And at this time of the year, most consumer companies will be increasing their support force. In 2019, I would invite all B2C companies to think how AI could have helped their operations during these peak times of customer support! Ping us for that 😉 This article has been penned by Swapan Rajdev, Co-Founder & CTO of Haptik

Chatbots and virtual assistants have been in the news in a big way for the past few days. The reason? One word: Meena.

In a research paper titled Towards an Open Domain Chatbot, Google presented Meena, a “conversational agent that can chat about…anything”.

According to the Google researchers’ who worked on the project, Meena stands in contrast to the majority of current chatbots, that tend to be highly specialized within a particular domain, and perform well as long as users do not stray too much from expected usage. Open-domain chatbots, on the other hand, theoretically have the ability to converse with a user about anything they want.

In practice, however, most current open-domain chatbots often simply do not make sense. At worst, they say things that are inconsistent with what has been said previously, or which indicate a lack of common sense or basic knowledge about the world. At best, they can say something like “I don’t know” — a sensible response to any query, but one which does not address the specific needs of the user.

This is the gap that Google aims to address with Meena, which they claim has come closer to simul… Read More

Alternative for a self-ordering kiosk at your restaurant

What alternatives are there for a self-ordering kiosk?

There are better, cheaper alternatives for a self-ordering kiosk in quick service restaurants. At Table Duck, we’ve developed a chatbot that can take orders and payments for restaurants. A guest can place an order via messaging platforms like Facebook Messenger or WhatsApp and for you as a restaurant owner, it goes fully automatically.

It uses the smartphone of the guest instead of physical hardware in your quick service restaurant and it can take orders for table service, … Read More

How Much Data Do You Need To Train A Chatbot and Where To Find It?

Most providers/vendors say you need plenty of data to train a chatbot to handle your customer support or other queries effectively, But, how much is plenty, exactly? We take a look around and see how various bots are trained and what they use. Recent bot news saw Google reveal its latest Meena chatbot (PDF) was trained on some 341GB of data. Meena is “a multi-turn open-domain chatbot trained end-to-end on data mined and filtered from public domain social media conversations.” So, a few steps beyond your usual scripted bot or even those that claim AI smarts.

The 38-page scientific paper highlights the advanced nature of Meena, but any business looking to train its bot faces that same opening question, how much training is enough?

Building A Better Bot Through Training

For a very narrow-focused or simple bot, one that takes reservations or tells customers about opening times or what’s in stock, there’s no need to train it. A script and API link to a website can provide all the information perfectly well, and thousands of businesses find these simple bots save enough working time to make them valuable assets.

Ready To Make a Real Change? Let’s Build this Thing Together!